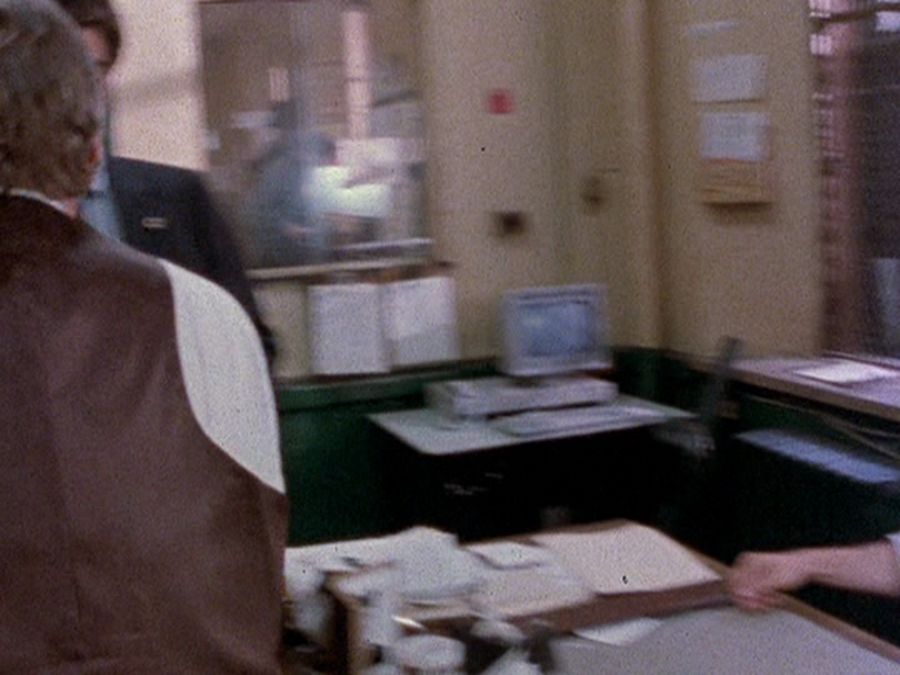 Computers on Law & Order tracks computers and computer use through all 456 episodes of the American crime drama Law & Order. One episode posted per day. The project was made possible from a generous commission from Rhizome.

In the fall of 1990, a television program about crime, police investigation, and criminal trials named Law & Order aired for the first time. The show eventually ended in 2010, tied with Gunsmoke for the longest-running live-action television show at 20 seasons and 456 episodes. With its unique (and consistent) style and trademark “dun-dun!” sound, Law & Order has generated several spin-offs and can likely be found playing at any hour of the day somewhere on cable.

Much has been written recently about how “binge watching” an entire season or even an entire show is changing our interaction with – and in some cases the making of – television. This new TV-watching paradigm is due in large part to Netflix’s streaming service; around the same time it was launched, I started watching a lot of Law & Order. With so many episodes available in an easy-to-digest procedural format, I could just turn to the next episode in line and hit “play.” I began to take screenshots of oddities: moments where the show broke from its usual format into first-person or split-screen views, or frames of unexpected abstraction as the camera panned across a scene.

But somewhere in all those procedurally-formatted murders, quips, investigations, interrogations, and trials I began noticing computers. At first they were oddities too (characters using computers in funny ways, interesting-looking fake applications or websites), but as many obsessive projects start, the more screenshots I took, the more I noticed computers.

In the summer of 2012, I received a commission from art and technology organization Rhizome, an affiliate of the New Museum in New York City, to more systematically document computers across the entire original Law & Order series. I purchased the 120-disc box set and began to record (almost) every computer from all 456 episodes*. Now, a little more than a year later, nearly 11,000 screenshots have been gathered along with some related (and some not-so-related) data about the show. The project is presented in the form of a blog and in the more curated form of a book.

* Close to but not every computer: computers what appeared onscreen for only a single frame and were blurred or mostly cut off were not captured. 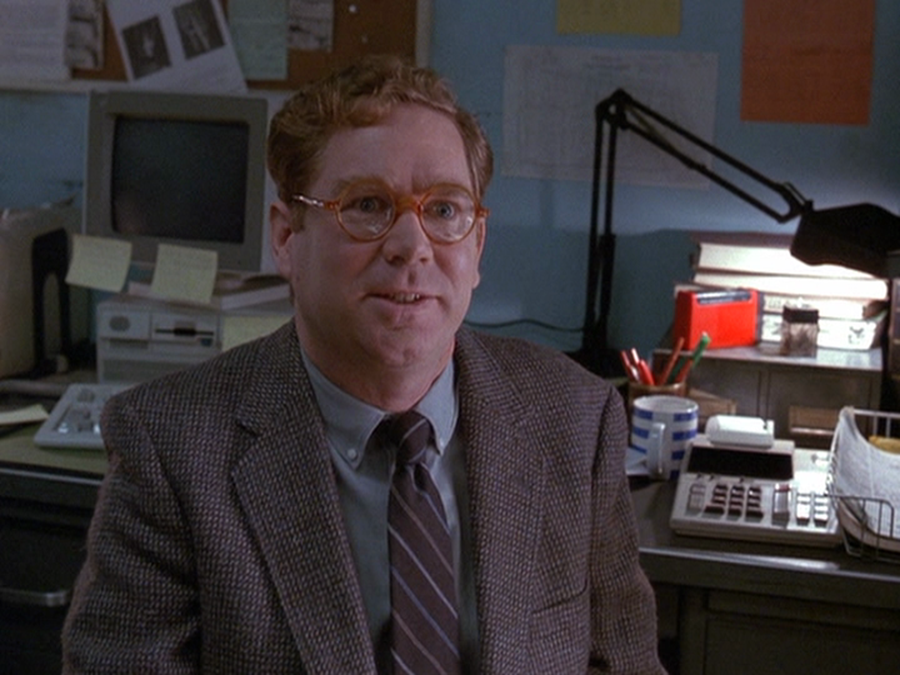 A typical computer in the background of an office (1, 22) 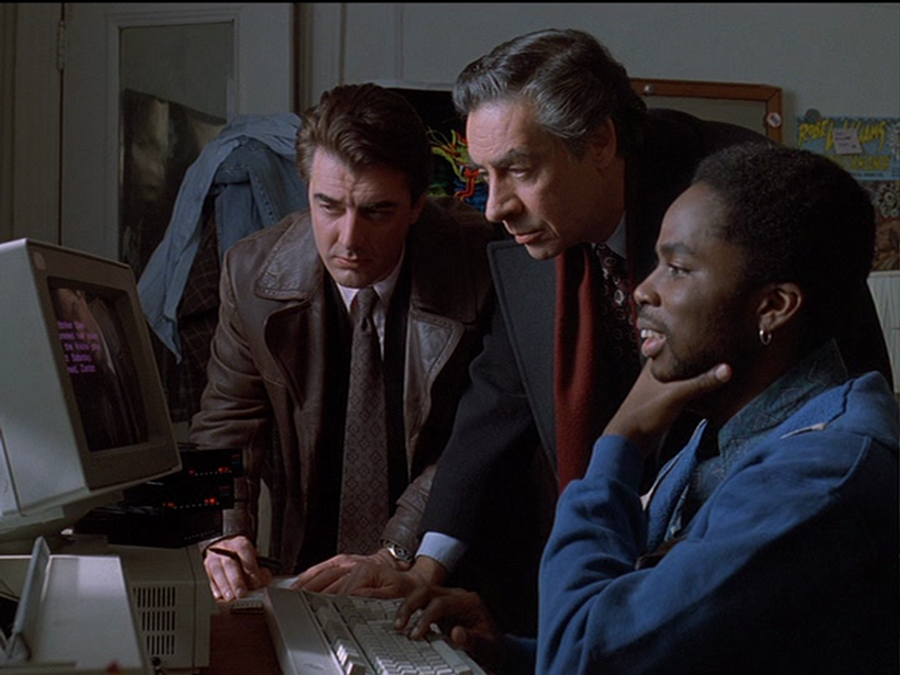 Detectives collaborate with a hacker (3, 63) 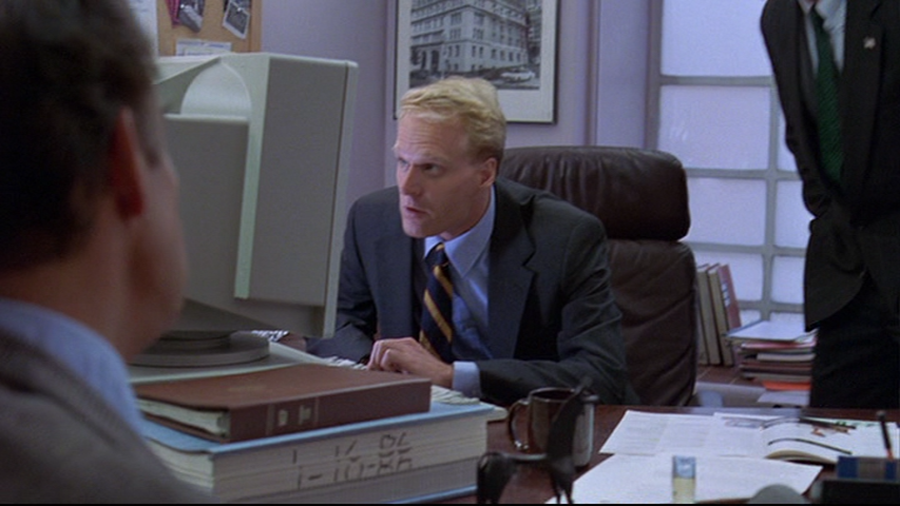 Clunky monitors slowly move to the front of the desk (5, 89) 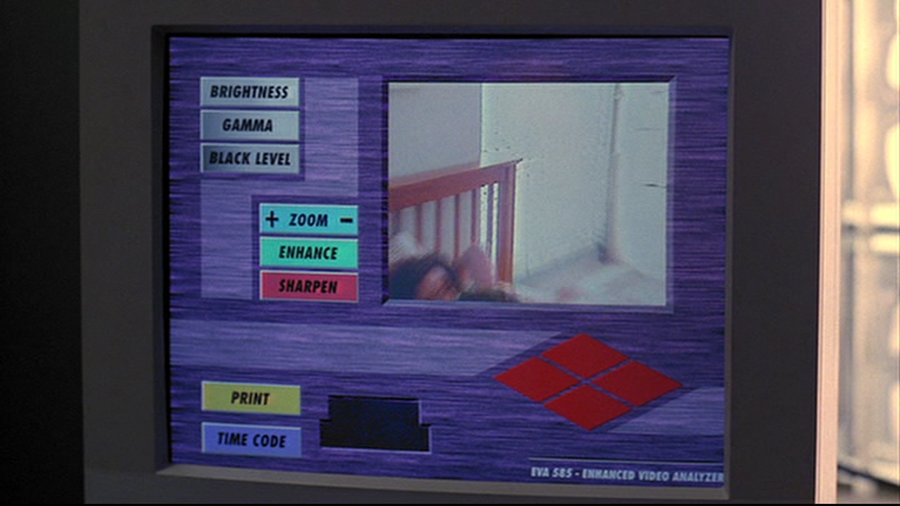 Typical custom software made for the show, here depicting the first instance of the classic "zoom-and-enhance" (5, 102) 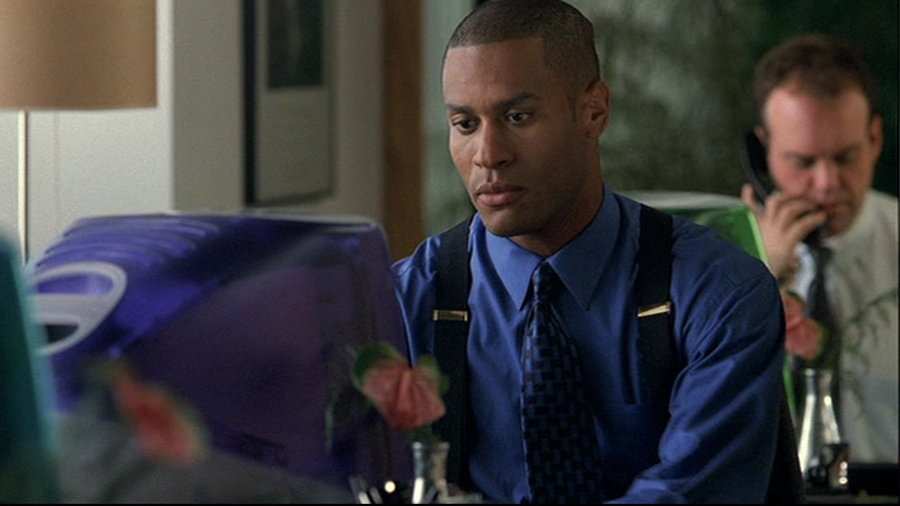 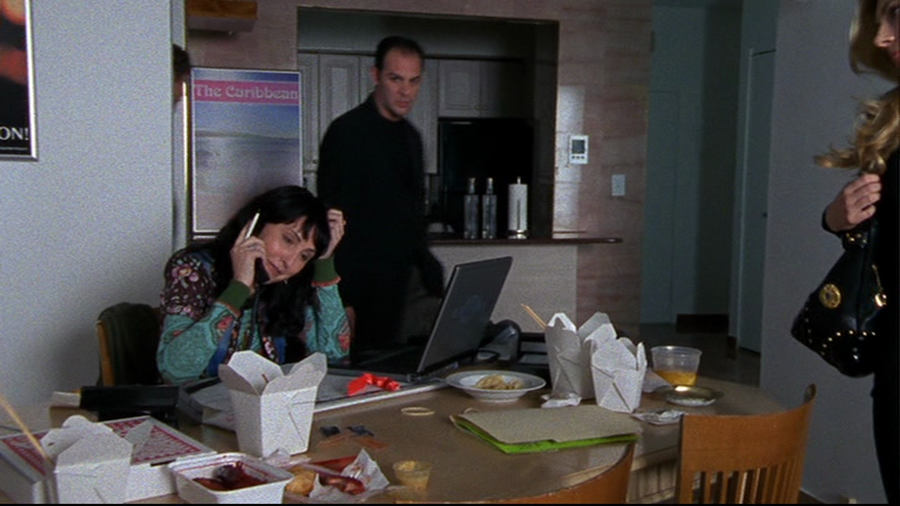 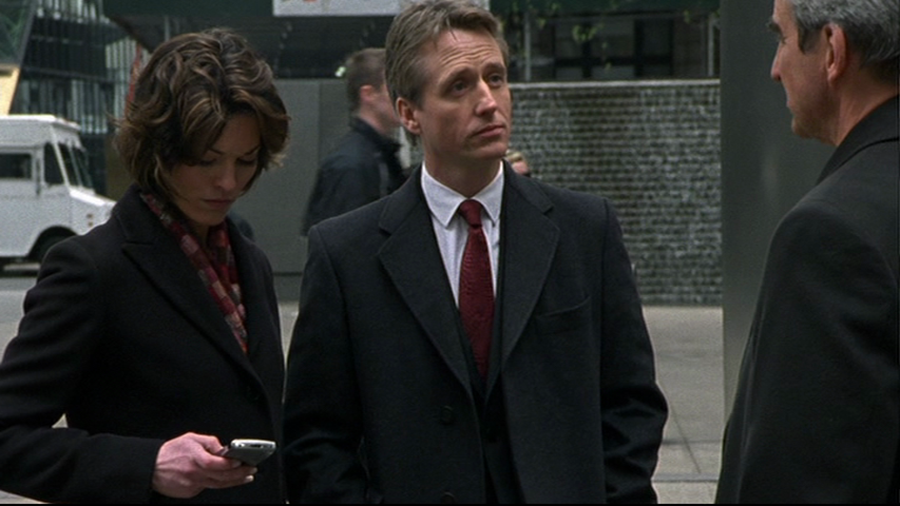