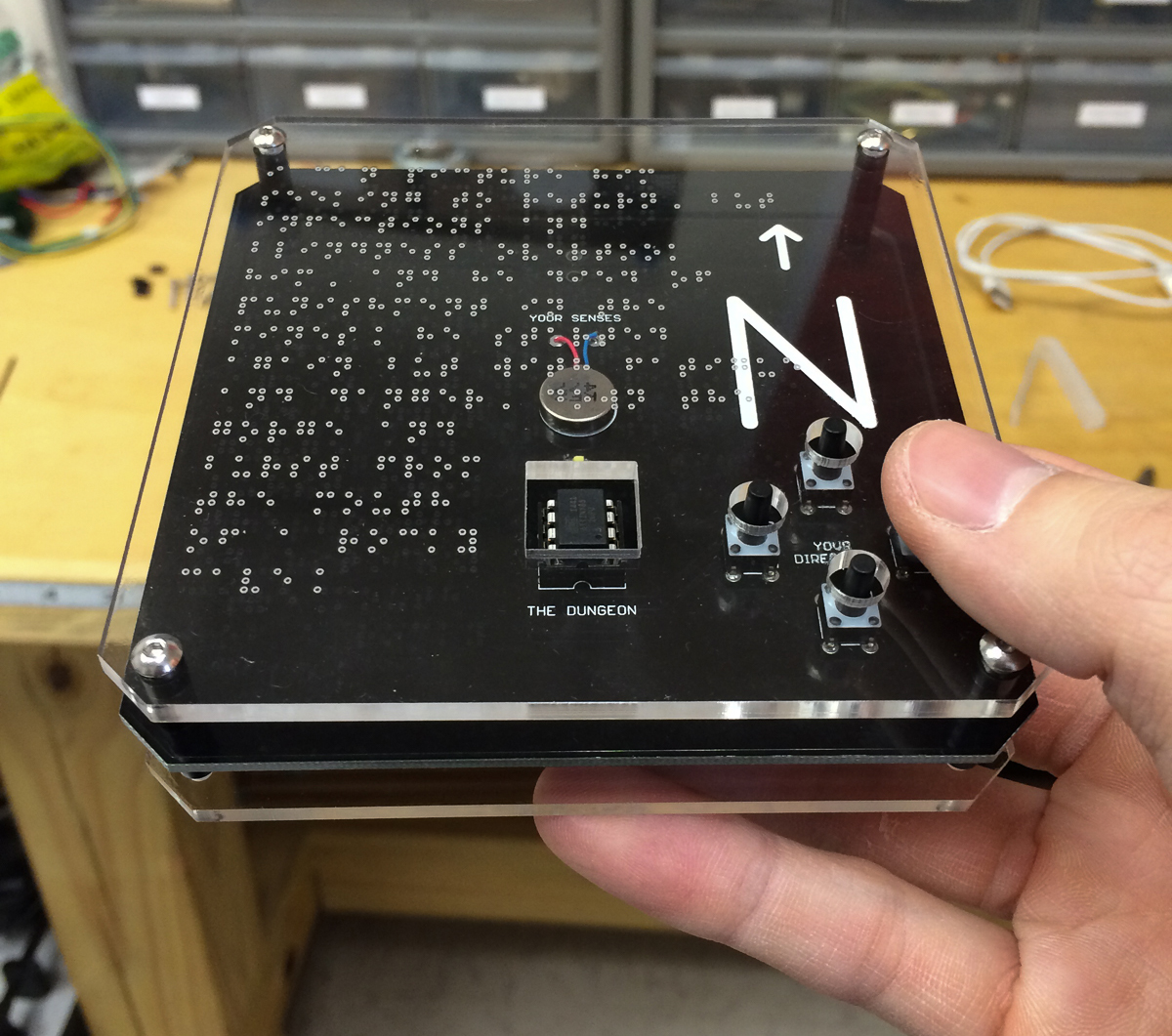 YOU HAVE BEEN BLINDED AND THROWN IN A DUNGEON

A non-visual adventure game that uses a vibrating motor as its only source of feedback. The player navigates a "dungeon" of various tiles, blindly feeling the space only by vibration. On reaching special spaces, the player is transported back to their starting location.

Videogames are an almost entirely visual experience, ignoring possibilities for innovative and meaningful gameplay using the other senses. In addition, visually-centered games leave out visually-impaired players. "You Have Been Blinded..." explores non-visual possibilities, focusing on creating non-linear and goal-less game experiences. The game's feedback, entirely through a vibrating motor such as the one in a phone, requires careful mental mapping of the game's space.

Video playthrough of an earlier iteration of the game.

This game was created in collaboration with Alex Myers for Games++ 2012. The game runs on an Arduino-capatible ATtiny chip — more details and code here.